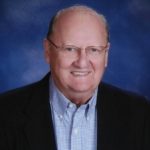 William H. “Bill” Broderick, age 88, USMC Korean War Veteran, resident of Yorkville, IL and formerly a longtime resident of Naperville, IL, passed away on Tuesday, January 18, 2022 at his home surrounded by his family. He was born on November 11, 1933 in Chicago, IL to John and Helen (Wrightson) Broderick Sr.

William H. “Bill” Broderick, age 88, USMC Korean War Veteran, resident of Yorkville, IL and formerly a longtime resident of Naperville, IL, passed away on Tuesday, January 18, 2022 at his home surrounded by his family. He was born on November 11, 1933 in Chicago, IL to John and Helen (Wrightson) Broderick Sr.

Bill was united in marriage on June 7, 1958 to Mabel “Babe” Keane at Our Lady Help of Christians Catholic Church in Chicago. Bill and Babe spent the next 51 happy years together until her passing on July 27, 2009. He was a loving husband, father, grandfather, great-grandfather, brother, and uncle who will be deeply missed by his family and friends.

Bill spent his career as the Treasurer of the American Farm Bureau Federation. He was a loyal member of St. Patrick Catholic Church in Yorkville, IL.

He was preceded in death by his parents, John and Helen Broderick Sr.; his wife, Babe Broderick; his brother, John Broderick Jr.

Help tell the story of Bill's life by contributing to the Life Event Timeline. Upload the photo of an event...

Milly Belluomini posted on 1/23/22
Dear Broderick Family, My sincere sympathy on the passing of you’re dear Father. He’s was my late husband Harry’s best friend when they were young and he was Best Man at our wedding. We shared so many good times, especially with the YAH Club. I shall always remember both, you’re Mom and Dad. Milly Belluomini
Walter Kozerka posted on 1/22/22
Eternal rest grant onto him O'Lord and let perpetual light shine on him
Walter Kozerka posted on 1/22/22
To Bills family my condolences and prayers on your loss. I will always remember Bills voice telling me to go find Dan at Farm Bureau,
Jenny Latham posted on 1/22/22
To the Broderick families, Our deepest sympathies to all of you in your loss. Jenny, Regina, Jeanine and everyone at Celidan.
David Novak posted on 1/21/22
May God Bless you my dear friend and client Bill. Thank you for your friendship these last 15 years. It has been my pleasure to know you and your wonderful family. RIP my friend. David Novak Pugi Hyundai
Thomasina Hammond posted on 1/19/22
Dear Margaret, Sending my condolences and heartfelt thoughts during this difficult time. Thomasina
Thomasina Hammond posted on 1/19/22
Margaret, My deepest condolences to you and your family. I'm thinking of you and sending prayers during this sad time.
Elizabeth Mays posted on 1/19/22
Dear Broderick Family, I'm so sorry for your loss. I always enjoyed chatting with him when he visited Trish. He always made me feel welcomed in family gatherings. Please accept my sympathy.
Linda M Ladendorf posted on 1/19/22
Thoughts and Prayers to the family; Bill was a wonderful, knowledgeable, and funny person to work with at Farm Bureau! He was all about family; that's what made him the person he was!
Kimaya posted on 1/19/22
Margaret, Sending my deepest sympathy to you and your family. May the fun memories of your Dad give you all comfort during this difficult time. Thinking of you all and will keep you and your family in my prayers.
Stephanie Morgan posted on 1/19/22
Margaret, I am so sorry to read of your father's passing. You and your family are in my thoughts.
Becky Ruedin posted on 1/19/22
My condolences to you and yours.
‹ ›
View All Condolences Post a Condolence
Nelson Funeral Homes & Crematory