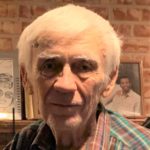 Mr. Teichman served his country proudly as a member of the United States Marine Corps. Phillip was a member of St. Mary Catholic Church in Plano, IL. He was for many years a heating & air technician in the construction industry. Phillip was a former Moose Lodge Member. He was a loving husband, father, grandfather, great-grandfather, brother, and uncle who will be deeply missed by his family and friends.

Funeral Services will be held at 10:00 AM on Monday, October 18, 2021 at the Nelson Funeral Home in Plano, IL.  Interment with full military honors will follow in the St. Patrick Catholic Cemetery in Bristol, IL. for immediate family only.

Interment will be private.

Help tell the story of Phillip's life by contributing to the Life Event Timeline. Upload the photo of an event...

Rob posted on 10/16/21
Uncle Phil, Such a wonderful soul, you are deeply missed. So many great times and wonderful memories. Your passion for life, trains and so much more. Oh what joy you brought every child at Christmas! Everyone loved your kind thoughtful touch. We deeply appreciate having been part of you and your family’s life. Your legacy of love and laughter will endure. Rest well in love and peace, Rob & Laura
Kim Kruse & Family posted on 10/15/21
Uncle Phil, You were a better uncle than my own blood relatives! Thanks for being there for my parents. I have great memories of family dinners and get togethers over the years! You really enjoyed touring us through your garden, the pond, train sets, explaining the pickle making process, and swimming in the pool. I especially looked forward to the Chinese food lunches with my kids, my mom, you and Aunt Donna. You were always smiling and so easy going. We will miss you dearly!
Tracee Leitner posted on 10/15/21
A wonderful neighbor! Always working hard for his family.
Tracee Leitner posted on 10/15/21
Phil was always super nice to me when I came over to visit Tennille. He was so proud of Tennille being in the Air Force. I remember coming over early in the morning on a weekend and he was cooking his family breakfast. I never seen bacon cooked in the microwave until I saw him do it. Ha ha! He had a special bacon plate he used. I thought that was so cool. Lol He was always working in his yard. A very hard worker. I know he is smiling big looking down from Heaven. Praying for comfort and peace for the entire family.
Harry Vecchiollo posted on 10/15/21
Our deepest sympathy to Donna and Family. Semper Fi , Peace and Prayers to Phil from Cousin Harry . We shared many fond times living next door to each other as kids on 18 th Street in Chicago, a long, long time ago. We were deeply saddened to get the news about Phil's passing but will continue to treasure the memories. We pray that God will help Phil's family with their Grief. Harry & Bernie Vecchiollo Scandia, MN
Nichole (Hartzfeld) Gonzalez posted on 10/14/21
Phil was a kind Nd generous neighbor. He loved going to gun shows with my dad, hanging by the firepit and sharing his home made applejack. He got me interested in my koi pond, sharing much information and fish lol. He will be missed. Rest in peace Phil. Nikki
Nichole (Hartzfeld) Gonzalez posted on 10/14/21
PHIL was a generous and kind neighbor. He loved going to gun shows with my dad, sitting by the fire pit and sharing his home made applejack and telling stories. He also got me interested in my koi pond and shared lots of information and some fish lol. He will be missed. Rest in peace Phil. Nikki
‹ ›
View All Condolences Post a Condolence
Nelson Funeral Homes & Crematory