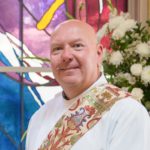 Jerome Ted Heitschmidt (Deacon Jerry), age 62, of San Marcos, CA formerly of Yorkville, IL passed away unexpectedly on Thursday, May 14, 2020 at Palomar Hospital in Escondido, CA. He was born on July 29, 1957 in Chicago, IL the son Ted and Eleanor Heitschmidt.

Jerry was united in marriage on June 14, 1986 at Moosehe…read more

Jerome Ted Heitschmidt (Deacon Jerry), age 62, of San Marcos, CA formerly of Yorkville, IL passed away unexpectedly on Thursday, May 14, 2020 at Palomar Hospital in Escondido, CA. He was born on July 29, 1957 in Chicago, IL the son Ted and Eleanor Heitschmidt.

Jerry was united in marriage on June 14, 1986 at Mooseheart, IL to the former Deanna Lee and they spent the next 34 years happily together. He was a member of St. Elizabeth Seton Catholic Church in Carlsbad, CA. Mr. Heitschmidt served his country proudly as a member of the United States Coast Guard Auxiliary. Jerry retired from a 30 year career in marketing & communications and was currently working as a licensed realtor in the State of California.

Jerry’s big smile and laugh was contagious and he made friends wherever he went. His faith in God was shared with everyone and he truly wore the face of Jesus.

Jerry was ordained in the Diocese of Joliet, IL in 2011. He served as a deacon at St. Patrick Catholic Church in Yorkville, IL from 2011-2013 and then at St. Elizabeth Seton Catholic Church in Carlsbad, CA from 2013 until his death. He truly was ordained for service to both God and the Church. He was available any hour of the day or night for an emergency or just to chat about “wassup?” a saying he said often. He served with such enthusiasm and was an inspiration for many.

Jerry was the Charter Grand Knight for Knights of Columbus Council #14463. He started the St. Vincent DePaul chapter in Kendall County, IL. He was involved in many ministries throughout the years and always had a passion for helping the persons in need and visiting the sick.

Throughout his life he enjoyed traveling, sailing, scuba diving, snowmobiling and was a licensed pilot. He recently was learning how to surf.

Jerry and his wife Deanna moved from Yorkville, Illinois to San Marcos, CA in 2013.

He was preceded in death by his parents, Ted and Eleanor Heitschmidt.

Services for Jerry will be livestreamed. Thursday, May 21 at 11:00 am pacific time at seschurch.org and Saturday, May 23 at 10:00 am central time at stpatrickyorkville.org. The private Funeral Mass at St. Patrick Catholic Church in Yorkville, IL will be officiated by Father Matthew Lamoureux M.I.C. Preceding the service a drive-thru visitation will take place from 8:00 until 9:00 am on Saturday, May 23 at St. Patrick Catholic Church, 406 Walnut St., Yorkville, IL.

In lieu of flowers, donations may be made to the Knights of Columbus Council #9022, Carlsbad, CA.

Help tell the story of Jerome's life by contributing to the Life Event Timeline. Upload the photo of an event...

Philip Urbina posted on 5/23/20
Rest in peace, Deacon Jerry. You touched so many lives and were loved by many. I was proud to call you my friend.
Faye Hammond posted on 5/23/20
May you Rest In Peace with our God that loves us so much. Deacon you will be missed but not forgotten.You touched so many lives. I lost a great and dear friend But you are in good hands with God now he needs your help. We love you . My condolence to Deanna May God Be With You And Bless You. Love You, Faye Hammond
gerald famera posted on 5/21/20
God Bless your soul Jerry," I like your name." That was your greeting to me when we saw each other. We had many a laugh together at church and at chirp. I will miss you. Peace and Love Brother, Jerry Famera
Carlos Duarte OFS posted on 5/19/20
As part of the body of Christ, we all hurt when one of our members leaves this material life. May the Lord receive our brother with open arms that he may continue God's divine plan of love.
Max &Susanne Barnes posted on 5/19/20
Always loved seeing Jerry and looked forward to his homilies. Sorry for the loss he will be missed by so many.
‹ ›
View All Condolences Post a Condolence
Nelson Funeral Homes & Crematory