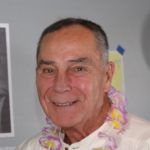 Jeffrey Nicholas Curtis, beloved husband, father, and grandfather passed away on Monday, August 1, 2022 in his home in Williams Bay, WI. He was surrounded by his family in an energy ﬁeld of love, peace, and completion. Jeff was diagnosed with Mesothelioma three and half years ago and ultimately died from the disease …read more

Jeffrey Nicholas Curtis, beloved husband, father, and grandfather passed away on Monday, August 1, 2022 in his home in Williams Bay, WI. He was surrounded by his family in an energy ﬁeld of love, peace, and completion. Jeff was diagnosed with Mesothelioma three and half years ago and ultimately died from the disease at the age of 82.

Jeff was born on June 20, 1940 to Nicholas and Angela (Dzialowy) Curtis in Chicago IL. He grew up in Cicero, IL,

surrounded by the noise and culture of a spirited Greek family. His childhood was a reflection of the times and shaped

the morals and traditions that he would carry on, into his adult life. He was immersed in the Catholic Church from a

School where he was a devoted student and a star athlete in a school of 8,000 students. He went on to graduate from

Drake University in Des Moines, lowa, another formative time where he made lifelong friends who remained in his life

until his very last days. He served in the U.S. Naval Reserves for eight years after graduation from college

Jeff met his life partner and “girl of his dreams” on a Sunday afternoon on Rush Street in Downtown Chicago.  They married on September 23, 1972. This coming September they would have celebrated 50 years of marriage. As a couple, they set off on a lifetime of adventure living in Chicago, Minneapolis, Ft Lauderdale, and ﬁnally settling in the Lake Geneva area in

(and often their daughters) who was a flight attendant for United Airlines for 50 years.

born in 1980, Nell Justine (Emanuelli) and Laine Wallis (Cogan). Together, Jeff and Therese raised their girls with

patience, discipline, adventure, and most noticeably, love. He taught them to swim, ride bikes, dribble basketballs,

stand on their heads for as long as they could endure, and the value of discernment. Through demonstration and

passion, he passed on his love of music and dance. He ﬁlled his home with rhythm and unforgettably stylistic dance

moves! Jeff was a quietly observant and mindful person at heart, known for his incredibly sharp sense of humor,

warmth towards others, and his unique and impeccable sense of fashion. An authentic man who was unapologetically

Jeff is survived by his loving wife Therese, his daughters Nell (Eduardo) Emanuelli, and Laine (Tony) Cogan, and six

from a family of four, one brother and two sisters. He is survived by John Curtis, Jackie Loll, and Janine Pieklo. He

leaves behind many nieces, nephews, relatives and cousins, and loyal friends. 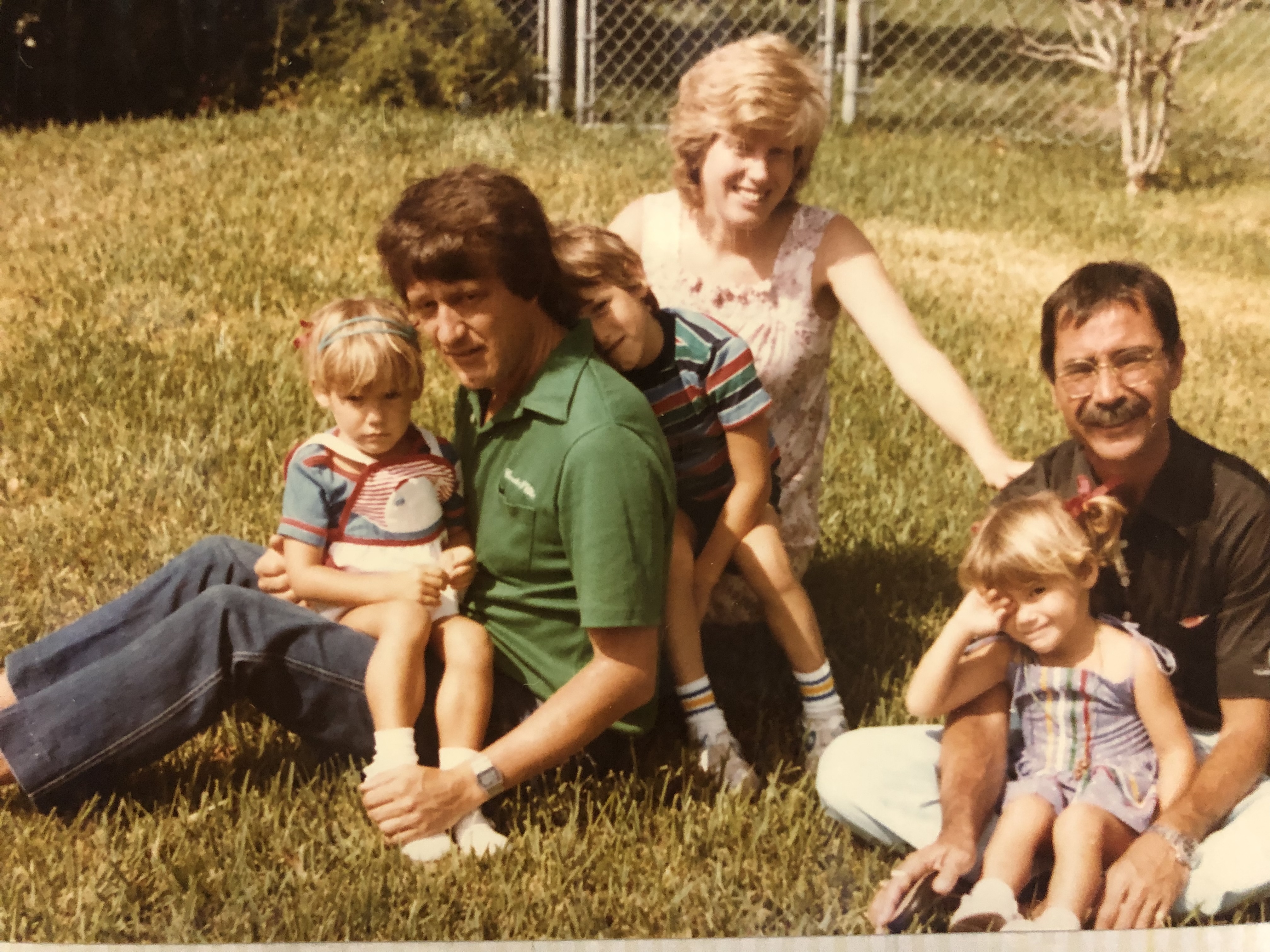 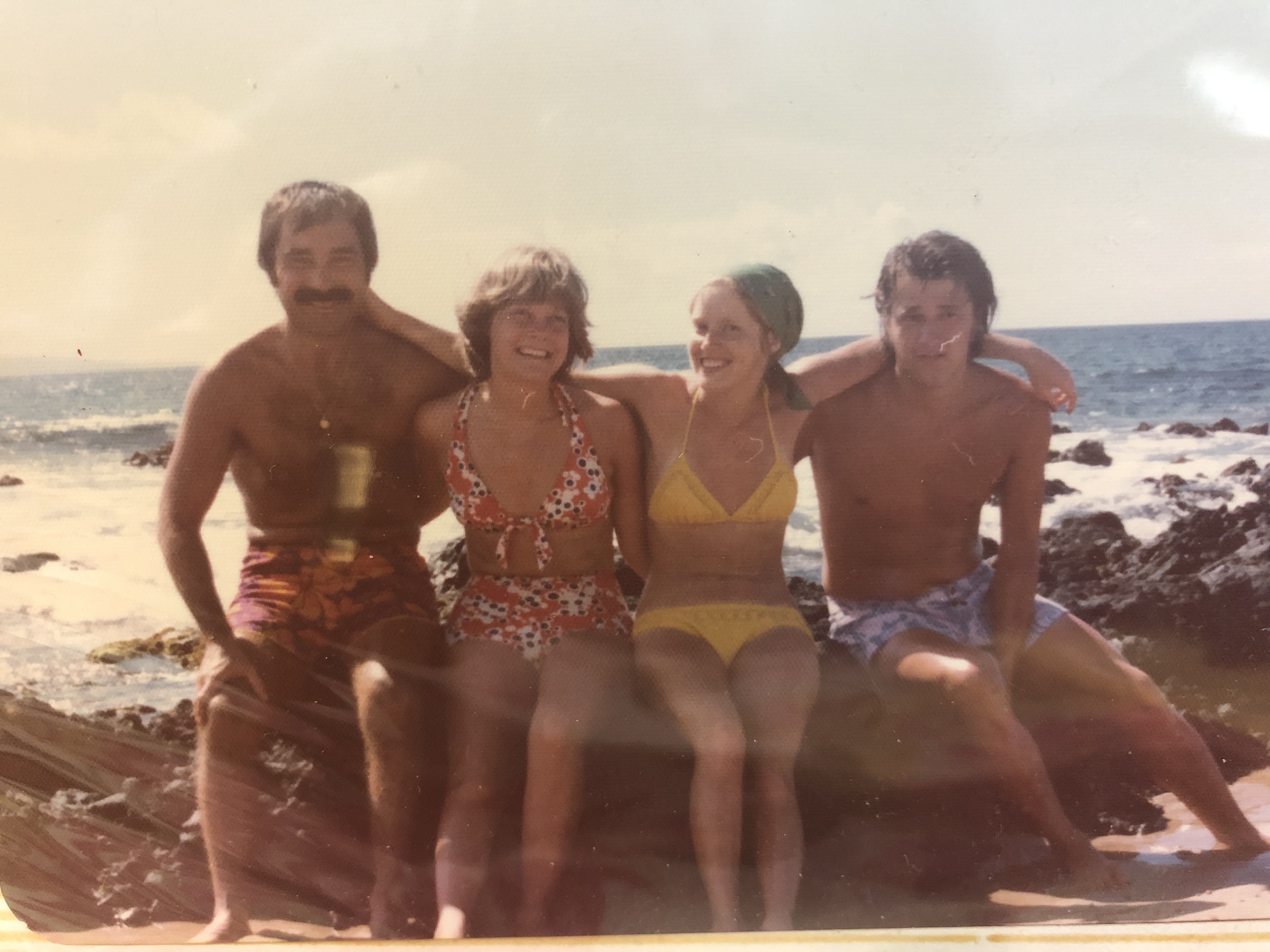 Almost Paradise (now Jeff you really are there!
‹ ›
View Timeline Post an Event

Karen Eissler posted on 8/4/22
To my sister Therese and her beautiful daughters Laine and Nell.You all were the joy of Jeff’s life. He told me several times , that he was the luckiest man in the world because he was blessed with the three of you.Bill and I will miss Jeff. We do know one day we will all see each other again. With Heartfelt Sympathy, Love Always, Karen and Bill
Ed & Wendy Nowak posted on 8/4/22
Therese, Laine and Nell; Ed and I are so sorry for your loss. I remember you guys from the first time we brought our twin baby girls to church at St Bens (one week old) and you introduced yourselves to us as "twin parents". I felt the connection and comfort. Thank you. I am sure Jeff will watch down on you and your families and continue to guide you along the way. May good memories and God's love help ease the pain of your loss. Ed and Wendy Nowak
Christine Lentz posted on 8/3/22
Curtis family, I am so very sad to hear about Jeff’s passing. He was such a kind man. I will never forget our layover in Paris over New Years Eve 2015. What a wonderful time. He will be missed. Love and prayers to you all Christine and Jim Lentz
Peggy Lindquist posted on 8/3/22
So many times I would call Therese on their landline (no cell phones yet) and Jeff would answer, “Yello” instead of “Hello”. Hi Peggy, how are you? How’s Dennis and the boys etc” 30 minutes later Therese would come to the phone and wonder who Jeff was talking to? He was always genuinely interested in listening…
Peggy Lindquist posted on 8/3/22
So many fun memories of calling Therese on landline (no cell phones yet)…Jeff answering “Yello” (instead of “Hello”) “Hi Peggy, Therese isn’t here right now, I will let her know you called. How are you? How is Dennis? How are the boys? He was always genuinely interested in listening ….30 minutes later Jeff and I would complete a conversation like no other!” I never needed to talk to Therese after that.
Nani Lovell posted on 8/3/22
Therese, So very sorry about Jeff passing this week. May you and your family find peace at this difficult time.
Mary Umans posted on 8/3/22
Therese, much love to you and your family. You have been such a wonderful support and helper throughout Jeff's journey. Love Mary
Lyn Fadden posted on 8/2/22
My deepest sympathy for your loss. May you find peace in the memories. Lyn Fadden (formerly Johnson).
Lauren posted on 8/2/22
You will be missed, Uncle Jeff. Forever loving you.
Gail E. Avgeris posted on 8/2/22
Jeff always had the greatest sense of humor! I had the pleasure of being with him on several ski trips to Snowmass. One time he came flying out of the trees going really fast downhill with a huge branch in his mouth! No one could stop laughing! I know his sense of humor and his many traditions will be shared by his family and friends for many years to come.
MaryAnn Curtis posted on 8/2/22
Jeff was very loved, and will be missed by many. He is at peace now. Our thoughts and our sympathy are with his wonderful family. May his memory be eternal Love. Cousin MaryAnn Curtis
Karen S Bluhm posted on 8/1/22
Sending my deepest sympathy to you and your family Therese. I will hold you all in my prayers. Love and blessings, Karen and Jeff Bluhm
‹ ›
View All Condolences Post a Condolence
Nelson Funeral Homes & Crematory