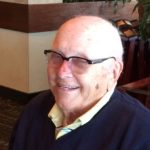 Our dear father passed away peacefully in his sleep early on Thanksgiving morning, hours before he was to have hosted his family at a holiday dinner at Big Foot Country Club. Dad loved throwing his annual party, but this year it was not to be. He so …read more

Our dear father passed away peacefully in his sleep early on Thanksgiving morning, hours before he was to have hosted his family at a holiday dinner at Big Foot Country Club. Dad loved throwing his annual party, but this year it was not to be. He so enjoyed getting together with family and friends, watching the little ones romping around, checking in with his three kids, six grandchildren and seven great-grandchildren. He was immensely proud of all of us.

Dad was born in Portland, Michigan to Minnie and Charles Bryan. Minnie was an English teacher and Charles was a high school principal, so dad was expected to work hard in school. He graduated in 1940 from Melvindale High School as class valedictorian and senior class president; he received an academic scholarship to the University of Michigan. Dad played basketball, ice hockey, and football. He even won the campus heavyweight wrestling championship, all while taking a rigorous academic load.

Dad joined the US Navy in 1942, attending Columbia University Midshipman’s School in spring of 1944. He served on a Fletcher class destroyer in the South Pacific from 1944-1946. Dad attended Naval radar training school in Pearl Harbor and was discharged from the Navy in 1946.

Dad worked as a chemist and field engineer at Udylite Corporation from 1947-1951. He was transferred to Chicago in 1949. He also worked as a salesman for Wagner Brothers selling electroplating equipment and chemicals.

In 1951, Dad married June Canny who was a recent graduate from the nurses’ training program at Calumet Hospital. They had 5 children and settled in Palos Park, Illinois, where they lived for 25 years. Dad started Surface Metal Company in 1955 and then bought Mercury Finishing from 3M in 1970 with his business partner Harold Gleason. He started a metal recovery plant in Joliet, Illinois in 1970, recovering copper from waste printed circuit etchants. Dad loved to solve problems and built a reputation of being knowledgeable and honest. He was always looking for new and interesting ventures, and some were more successful than others. For a time he was active in the USGA Trotting Association, racing up to 10 trotting horses. He also opened a diner called the “Jim Dandy.” That failed business gave him a lifelong appreciation of the difficulty of the restaurant business!

In 1970 Dad started a dairy farm in Walworth Wisconsin and began to think about getting out of the Chicago area. He sold his Chicago businesses and relocated to the Walworth area where he and June built a home on a beautiful parcel of land. In 1977, he and John Svabec opened Capron Manufacturing where dad was president until his retirement.

Dad lost his wife June in 2009, their daughter Ruth in 2004, and their son Jim in 2014. Dad is survived by his children Pam Haese (Gary, deceased), Patrick and Elizabeth. In addition, Dad is survived by six grandchildren: Beth (Brian) Swain, Bryan (Danielle) Haese, Tom (Maya) Haese, Dan (Liz) Quist, Maggie (Adam) Brown, and Joe Quist as well as 7 beautiful great-grandchildren. He is also survived by Dolly Swain, his loving companion of the past 8 years. We will miss you forever, Dad.

For more information visit www.ToyntonFuneralHome.com or call the funeral home at 262-275-2171. 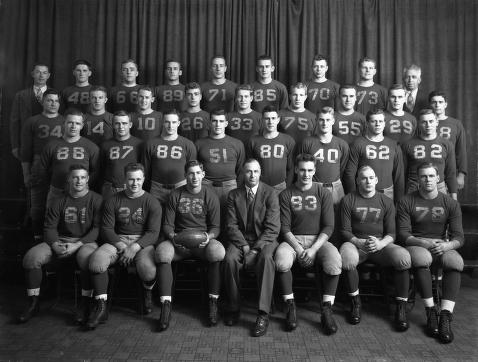 Bart Carlson posted on 12/2/19
Dear Family: I've had the privilege of knowing Fred since the Fall of 1981 when I joined Big Foot Country Club. Over the years, we've played many rounds of golf together and each time we played, I very much enjoyed his friendship, stories and sense of humor. He will truly be missed!
John Ashenden posted on 12/2/19
My deepest sympathy. I loved playing golf with your father and Don McCay. The banter between Your Dad and Don was truly special. Fred and his wonderful sense of humor will be missed!
John Mattson posted on 12/2/19
Dear Family: You have my deepest sympathy. Fred was a great guy with a wonderful sense of humor! He will be missed! John Mattson
John Mattson posted on 12/2/19
Great guy! Great sense of humor! He will be missed! John Mattson
Jon Eklund posted on 11/30/19
Dear Family, I’m so sorry to hear this sad news. I saw Fred at Sammy’s on Wednesday. We chatted and we were kidding around with each other as we always did. I’m so blessed to have known him. We played numerous rounds of golf at Big Foot Country Club and a couple of times in the Desert. He shared a common thing with my dad, both from Michigan and their birthdays were one day apart. He prepared a folder for me of all his programs from Michigan Football. I enjoyed reading them. I got a kick of his story on how he was the wrestling champ at U of M. He is now reunited with his wife June, son Jim and daughter Ruth. He can play golf everyday with his old golfing partner, Don McKay against George Briody and Charlie Eklund. Fred, you will be missed. Jon Eklund aka Jonny
‹ ›
View All Condolences Post a Condolence
Nelson Funeral Homes & Crematory